Phosphenes is an interactive program created in processing for a live performance with Lucky Dragon's song "What You See Is What You Mean".

My initial vision was inspired by a Merry-go-round, due to the music’s cyclic rising and dropping of tones, and sun rays piercing coral reefs due to the ambient and calm sounds of the music.
The final product incorporated other visual elements inspired by phosphenes, fireworks, and bioluminescence. Artistic influences also include James Turrell, Robert Hodgin, and 1960s light artists’ works.

To create the visualization, I wrote a program in processing that displayed blended layers of a gradient and "glowing orbs" particle layer. By altering the opacity, blend modes of each layer, I was able to create different visualizations to match the songs different arcs. In the final product, I used TouchOSC to design an interface for a tablet that could help me control different aspects of the visualization real-time. In the final product, I used TouchOSC to design an interface for a tablet that could help me control different aspects of the visualization real-time. The controls were color coded and represented the possible controls for different aspects of the program.
Two modes could also be toggled between from the tablet, the first one inverting the blend mode to only show colors through the particles which provided the aesthetic of fireworks, while the second mode toggled a central point of gravitation for particles to circle around. I also had volume controls built in along the top for fine adjustments, and a start button to begin the song and visuals remotely. During the performance, I setup presets to help quickly switch between different visual modes. The program was very versatile and performed well. A few additional variations for the particle system that didn't make it into the final performance are shown below. 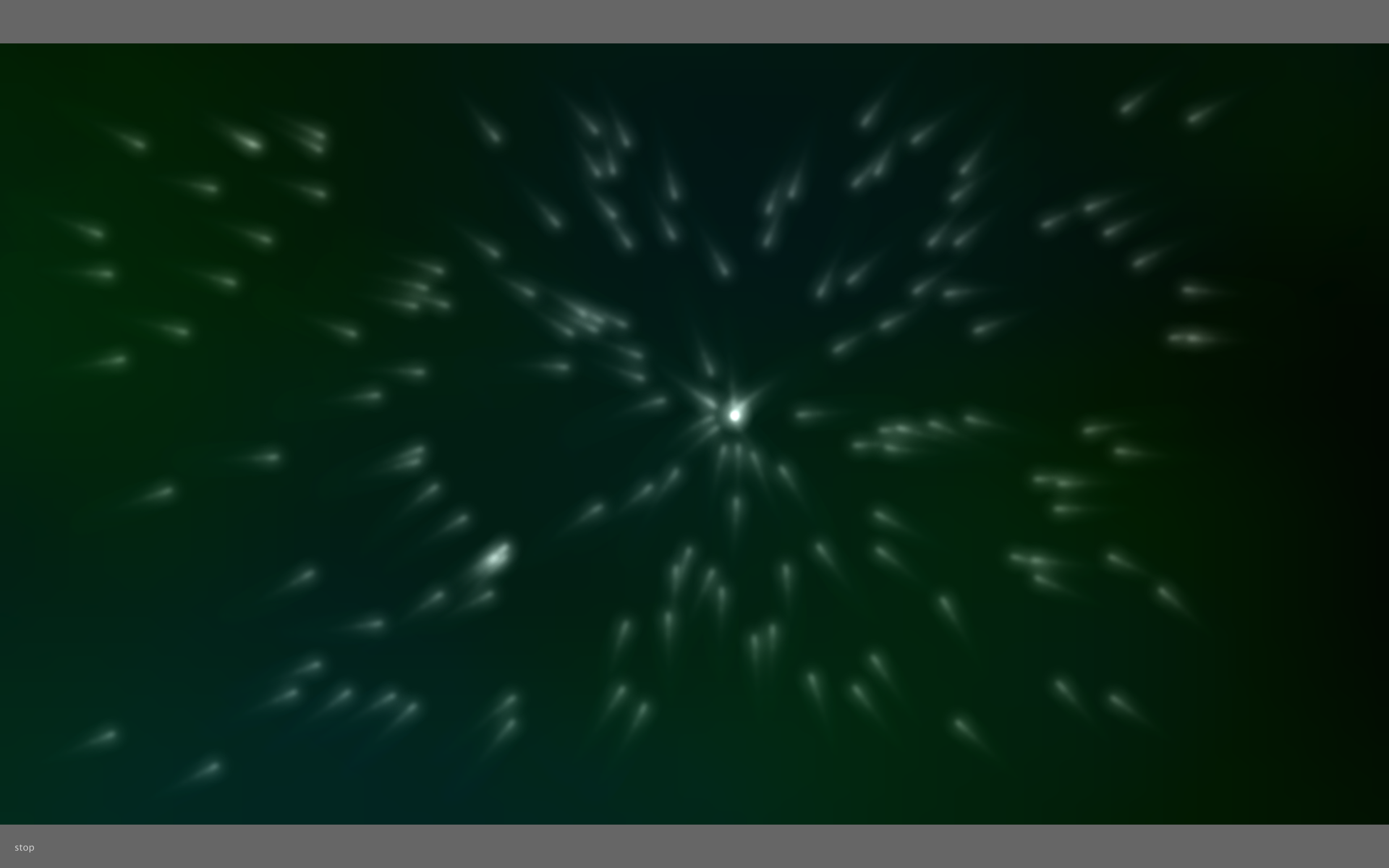 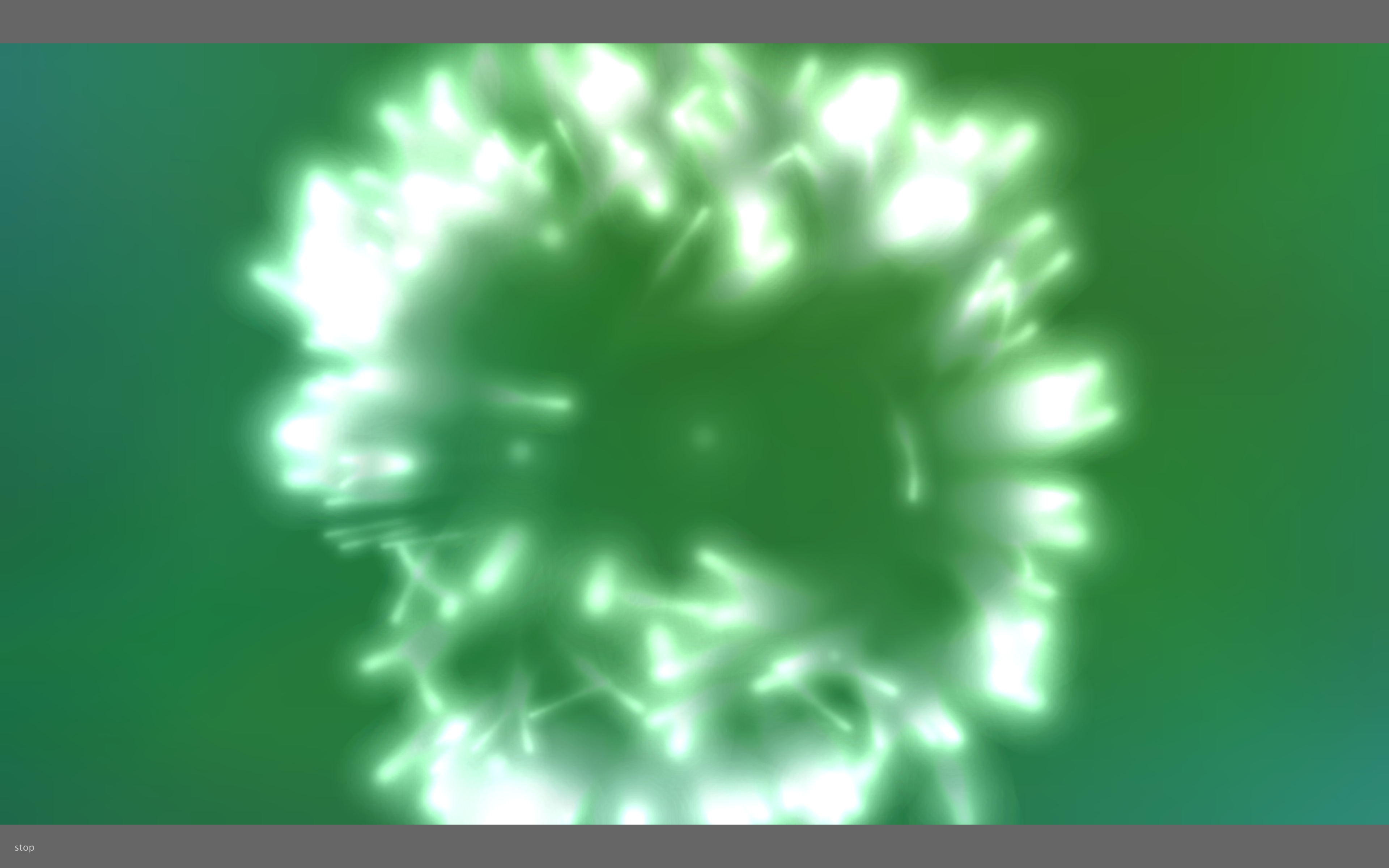